Drugs are winning the war on drugs 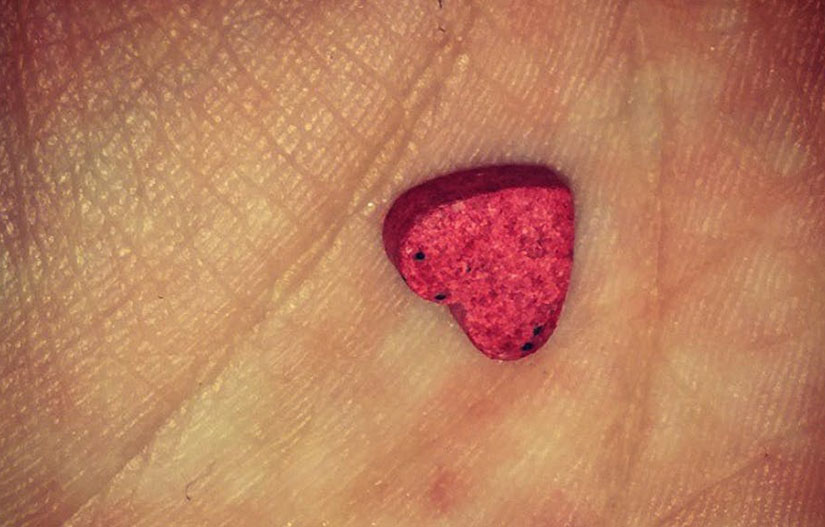 18 Jan Drugs are winning the war on drugs

It has become a sombre and predictable routine: a young, exuberant person attends a music festival where they die of a drug overdose. The family and community plead for pill testing, the pleadings are summarily rejected, and we wait until another young person swallows a random pill from the roulette wheel – desperately hoping it’s not Russian.

The rate at which Australian kids are dropping dead on the dancefloor has led to a national debate about the effectiveness, legality, and benefits of pill-testing — a harm minimisation initiative where people can have their drugs tested and receive professional advice about the components, strength, and effects of the substances they plan to consume.

While, as it’s illegal I don’t know for sure, I’m informed by those-in-the-know that extremely positive and enjoyable experiences can be had by consuming appropriate quantities of good quality MDMA at Splendour in the Grass while dancing to LCD Soundsystem. And it seems like my friends in the know have a lot of company …

In 2016, the Australian Institute of Health and Welfare’s National Drug Strategy Household Survey reported that over the previous 12 months:

In fact, a 2014 United Nations World Drug Report found Australians had the highest rate of ecstasy consumption on Earth. So, while our cricketers aren’t looking very competitive, the MDMA World Cup is going straight to the pool room.

When you combine that statistic with this one – a study of drug reports by American drug addiction information service Project Know found that the ecstasy available in Australia was among the most dangerous in the world – now that’s a lethal combination.

According to the Alcohol and Drug Foundation, “Drug checking services tend to have three main goals: to prevent people from using especially dangerous or contaminated substances, to communicate safer-use messages, and to improve the users’ factual knowledge about substances and risks”.

With the stone-cold fact that, regardless of legality, regardless of penalty and, sadly, regardless of danger – young people will continue to take drugs. The question becomes whether we acknowledge that or blindly bury our heads in the sand.

The Premier of NSW Gladys Berejiklian appears to be a staunch supporter of the sandy option. Along with saying she was “frustrated by the tragedy” she has gone on to share this pearl of wisdom:

“As many experts have said … taking illicit drugs kills young ones. We ask young people not to do it.”

Seriously Gladys, seriously? We’ve had many decades of strict and absolute prohibition and, as a result, have created decades of demographics that are largely immune to the approach. We know how utterly useless Nancy Reagan’s “Just say no” campaign was in the 1980s and you want to beat that broken, old drum again?  Not only that, but the Premier then predictably turns to the political cure-all of increasing drug penalties – yet again.  Apparently, if the stick doesn’t work don’t look at alternative approaches, just get a bigger stick.

It’s not that absolutely nothing is being done … In September, the Premier established an expert panel to improve safety at music festivals but ruled out pill testing for consideration.

“I think it’s a bit disingenuous of the Premier to now say, ‘give me the evidence’ when she set up a task force that specifically excluded evidence being presented or discussed. To not even have the ability to sit down and discuss this with ministers is a fairly sad indictment of public discourse and policy.”

The government response to suggestions that harm minimisation can be achieved through pill-testing is that it would encourage their use by giving the “green light”.

That’s ridiculous. It fails on logical, statistical, and empirical fronts.

What if governments were to ban pre-marital sex (after all, it has acknowledged risks). Would STI testing also be banned as it would give the “green light”? Surely the more responsible and appropriate response would be to acknowledge that the “Just say no” approach has a cast-iron guarantee of failure and that harm minimisation through STI testing/pill testing and sex-education/drug education is the way forward?

Despite controversy in Australia, pill testing is not a new idea. It first emerged in the early 1990s in the Netherlands (where it is now part of national drug policy), and services are routinely available in many European countries.

A recent evaluation in the UK found that one in five substances tested at the festival was not what people expected, and among people sold mis-identified substances, two-thirds chose to hand them over to be destroyed. The lead researcher Professor Fiona Measham has said that by identifying toxic and potentially lethal contaminants, the pill testing service was able to reduce drug use and therefore reduce drug-related harm. She goes on to report the seriously enticing figures that “There was a 95 per cent reduction in hospital admissions that year when we were testing on site.”

Encouraging young people to not take drugs does not need to be mutually exclusive from offering pill testing, you can do both at the same time. As well as assessing the content and dosage of drugs, pill testing gives health-care workers the opportunity to deliver health and safety messages that cover a variety of topics such as acute and short-term health hazards, long-term health hazards and addiction, legal risks and safe driving messages.

At the same time, several countries around the world — Germany, Spain, France, Switzerland, the Netherlands and Austria — have reported very positive outcomes from adopting pill testing.

The evidence is clear; by adopting, utilising, and contributing to the world-wide wealth of knowledge and success of pill testing, we may begin to gain the upper hand in the war.